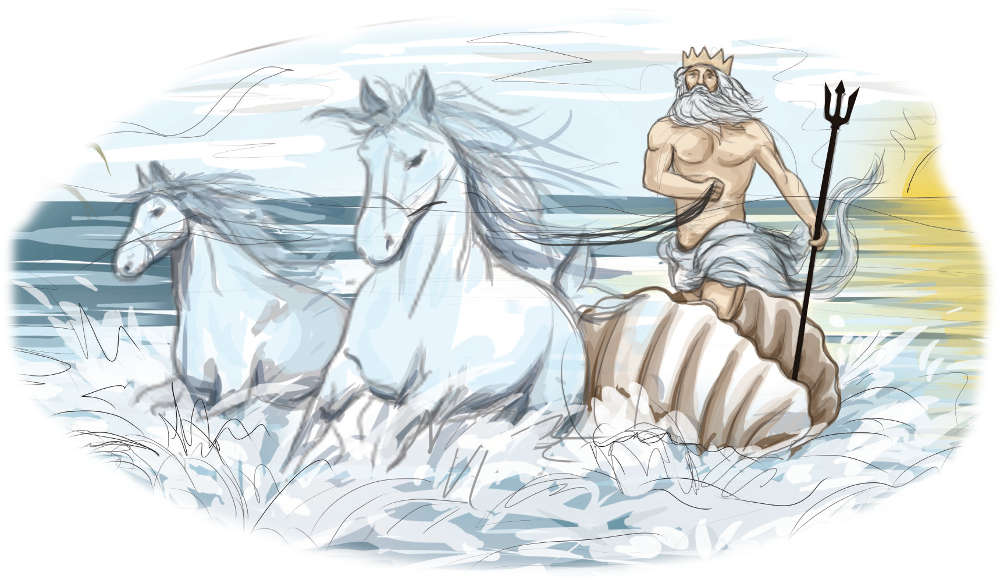 The ceremony of crossing equator is a ritual from the navy. It might have been created as a test for experienced sailors to ensure that new crew were capable of handling the boat and being a long time at sea. With time, the ceremony has become a merry joke for both crew and passengers aboard a vessel. When crossing the equator all novices must be baptized to become fully initiated.

When a boat is about to cross the equator, the crew already inducted (trusty shellbacks) will create the “court of Neptune” to induct the inexperienced crew/passenger (slimy pollywogs) into the mysteries of the deep. The rite during the baptism may vary. It could be simple, but most prefer a festive setting with costumes and equipment.

When the line has been crossed, all pollywogs (novices) will appear in front of the court of Neptune which besides King Neptune includes his first assistant Davy Jones, her highness Amphitrite and other dignities. The pollywogs might be interrogated by King Neptune and truth serum (aftershave, soap, hot sauce, uncooked eggs etc.) will be used. The Pollywogs will have to deal with some embarrassing things like dressing in women’s clothes, crawling through rotten garbage, swatted with fruit etc.

During the ceremony the Pollywog will be baptized by King Neptunus. He/she will normally get a fish-name related to his personality, e.g. Moonfish, Golden Herring or The Slumbering Whale.

When the ceremony is over, the Pollywog receives a shellback certificate documenting his new status as a trusty Shellback. The certificate with drawings of King Neptunus, mermaids and dolphins, give the Shellback free entrance to King Neptunus domains in the future.